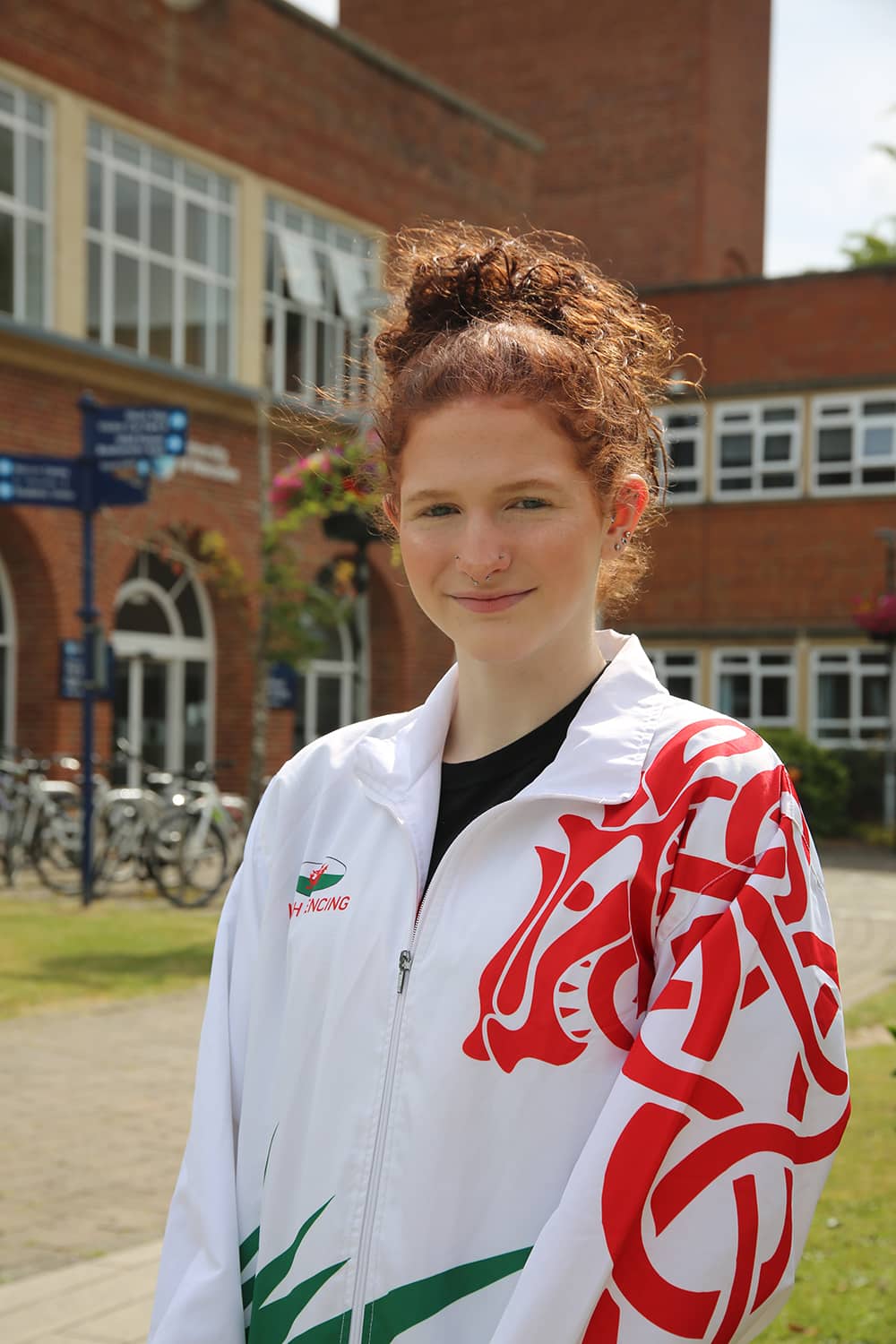 A University of Worcester student has been selected for the Wales squad to go to the Commonwealth Games.

Abi Watkins, who has just finished the first year of her Business Management and Human Resources degree, will compete in fencing at the Games, starting at the end of next month, in her first major senior competition.

“I’m thrilled, over the moon, especially as I did miss my chance to compete in the Under 20s competition due to its being cancelled because of Covid,” she said.

Abi’s journey into the sport began during the London 2012 Games. “My dad had done fencing prior to me being born and when I was younger,” said the 20-year-old, who lives in Worcester city centre. “I was sat with him watching the fencing on TV. He turned to me and said ‘do you want to give it a go?’ and I said ‘sure’ and I haven’t stopped since. I didn’t really know what it was, but obviously a 10-year-old and getting to play with a sword – it doesn’t take much convincing!”

Aged 10, Abi was signed up to a local fencing club, the Malvern Hills Sword Club, where she still trains today. She specialises in épée fencing.

“There’s so many different aspects and variables to it and it definitely is a very tactical sport and I think that’s what I like about it,” said Abi, who grew up in Worcester. “Fencing is different for everyone individually on the day. It can be very infuriating especially if you know what to do. If your arm’s tired that day and won’t let you do it, but if anything that drives me more to make my worst days as best as possible.”

Abi combines her studies with eight hours a week of training and fitness work and occasionally attending national training camps. She has been representing Wales since she was 13 and went onto the Welsh athlete development programme aged 15. She has competed before as a junior at the Commonwealth Games, getting a bronze medal in the Under 17s competition and 10th in the Under 20s in 2017, but due to Covid-19 the most recent junior Games were cancelled. Competitions on the circuit have taken her to Austria, Spain, Germany and Italy in recent years.

She added: “Because Covid has interrupted sessions it can be a bit unnerving I suppose just because I know there are experiences that have been missed, but I feel confident, especially with my training and coach’s support. I’m very excited. I love these types of competition because the team support you get from Wales always seems a lot higher. There’s this real sense of being this family and supporting each other. I’m most excited for the team support and environment.”

Abi will also be coaching the Under 17 Wales fencing team at the Commonwealth Games after becoming a national coach earlier this year.