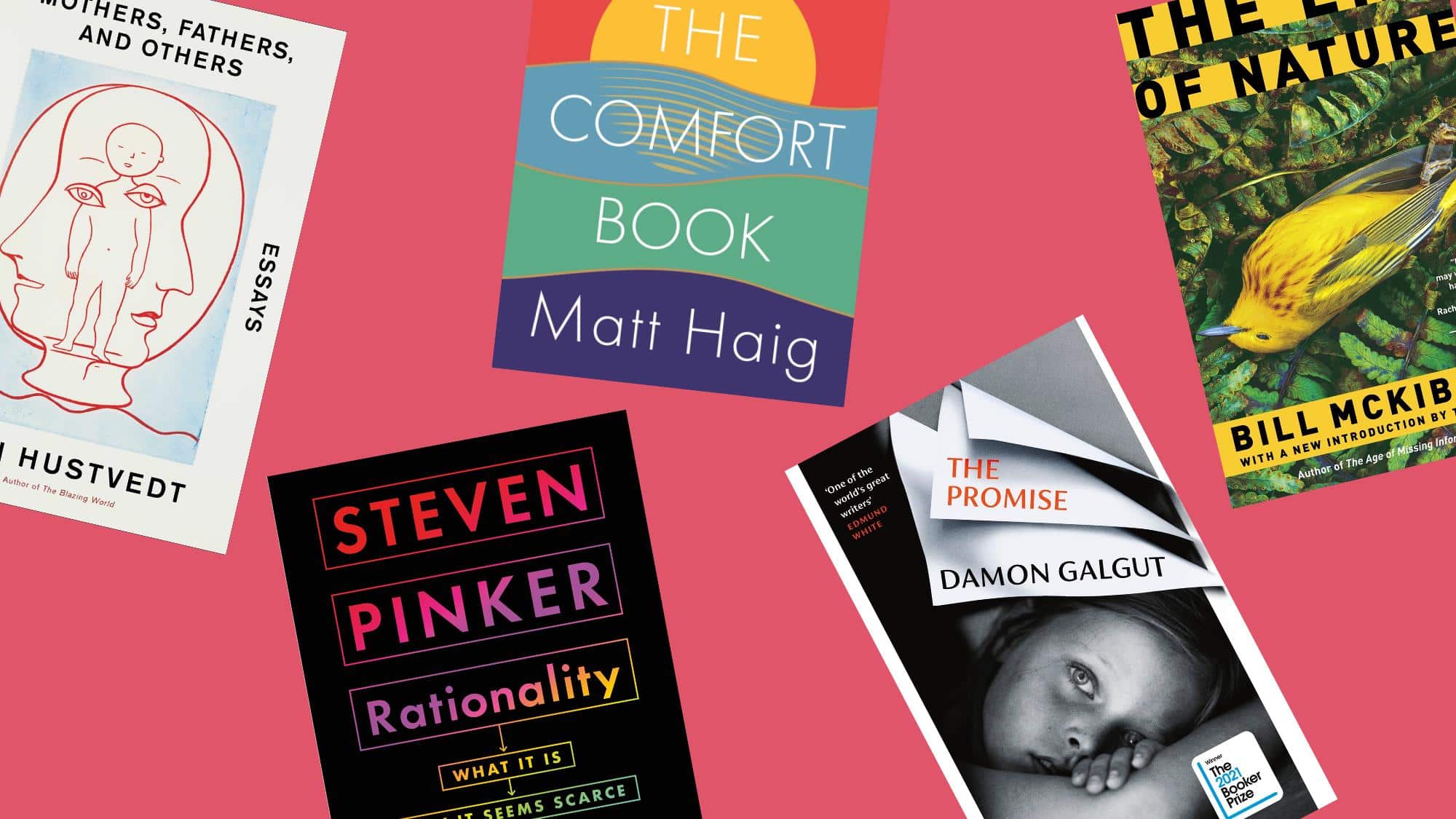 The new films act as appetisers for the full Hay Festival Winter Weekend, which boasts an ambitious programme for its first ticketed, in-person events in the UK for two years, bringing writers and readers together 24-28 November with a line-up to inspire, examine and entertain.

Hay Festival international director Cristina Fuentes la Roche said: “Here are five special online-only events available free to everyone. This is a Festival of inspiration and optimism to entertain curious minds of all ages. As the nights draw in, join us for a dose of storytelling, debate and laughter with some of the world’s most engaging writers and thinkers.”

Over five days, more than 80 acclaimed writers and performers will take part, launching the best new fiction and non-fiction, interrogating some of the biggest issues of our time, and spreading joy with conversations, candle-lit storytelling, comedy, music and family workshops.

In-person events take place on a new Festival site in the centre of Hay-on-Wye against the stunning backdrop of the Brecon Beacons. Comprised of Llwyfan Cymru – Wales Stage, located on the Cae Mawr field (at the base of the town’s Oxford Road car park) and the Baillie Gifford Stage in the neighbouring Hay Primary School, the new site also includes the Festival bookshop, hosting regular in-person signings, along with a food and drink court and exhibitors.

Events will also take place around the town more widely, in the Parish Hall, St Mary’s Church and the Cheese Market, while the booktown’s independent shops, cafés and markets open their doors with a warm welcome to Festivalgoers.

To ensure the safety of audiences, artists and staff against Covid-19, Hay Festival is operating a range of new procedures in place in line with guidance from the Welsh Government, with detailed information at hayfestival.org/winter-weekend/faqs.

A vibrant online programme of live streamed sessions and digital exclusives will amplify the in-person events further, embracing the Festival’s new global audience at hayfestival.org/winter-weekend with closed captioning offered for all digital events.

Hay Festival Winter Weekend is supported by the Festival’s lead sponsors Visit Wales and Baillie Gifford. The free Programme for Schools and Beacons Project are funded by the Welsh Government and Hay Festival Foundation.

The Festival kicks off with a free Programme for Schools, 24-25 November, offering young people the chance to see their favourite writers, get creative and celebrate the joys of reading for pleasure, featuring events with Onjali Q Raúf (The Lion Above the Door), Emma Carroll (The Week at World’s End), Sally Nicholls (The Silent Stars Go By), Nicola Davies (The Song that Sings Us), Rob Biddulph (Peanut Jones and the Illustrated City), and rap-poet Karl Nova.

Interactive events for families and young people through the weekend include conversations, readings and workshops with Lauren Child (Christmas Elf) and Yuval Zommer (The Lights that Dance in the Night), while sports presenter Clare Balding offers Fall Off, Get Back On, Keep Going: 10 ways to be at the top of your game!

The past is reimagined as Neil Oliver talks to journalist Oliver Bullough about The Story of the World in 100 Moments; Simon Jenkins talks Europe’s 100 Greatest Cathedrals; Dan Jones talks Powers and Thrones: A New History of the Middle Ages with The Five author Hallie Rubenhold; Paul Mason talks How to Stop Fascism: History, Ideology, Resistance; andbroadcaster Jules Hudson talks to local historian Peter Ford about his new book, Matilda: Lady of Hay.

Science comes to the fore as broadcasters Hannah Fry and Adam Rutherford discuss Rutherford and Fry’s Complete Guide to Absolutely Everything, and comedian Robin Ince talks to broadcaster Natalie Haynes about The Importance of Being Interested: Adventures in Scientific Curiosity, while mathematician Marcus du Sautoy talks Thinking Better: The Art of the Shortcut.

Social affairs are drawn into focus as a Saturday morning panel of Festival guests review the weekend papers, reflecting on the past year and looking ahead to 2022; meanwhile writer Jessica Nordell talks The End of Bias alongside writer and academic Emma Dabiri with What White People can do Next, and journalist Hannah Jane Parkinson presents her new book, The Joy of Small Things.

Spirituality and belief are explored as archeologist Richard Morris talks Evensong: Lives, Finds and Reflections on The Church in England and biblical scholar Francesca Stavrakopoulou talks God: An Anatomy.

There’s laughter, too: Saturday night is given over to comedy with Phil Wang, while later in the weekend Josh Widdecombe talks Watching Neighbours Twice a Day…How ’90s TV (Almost) Prepared me for Life.

Extra sparkle to live events comes from the town’s Market Square as Miriam Margolyes turns on the town’s Christmas lights, Friday 26 November, in what has become an annual Winter Weekend highlight. And once again, the Festival will draw on public nominations to crown the Hay Festival Book of the Year following past wins for Dara McAnulty’s Diary of a Young Naturalist in 2020, Hallie Rubenhold’s The Five in 2019, Sarah-Jayne Blakemore’s Inventing Ourselves in 2018 and Jackie Morris and Robert Macfarlane’s The Lost Words in 2017.

Twenty aspiring Welsh writers, 16-18, will join us Thursday to Sunday for our revived, in-person Beacons Project. They will enjoy a tailored programme of inspiring events and closed workshops with Festival guests, while contributing to the Festival blog throughout.