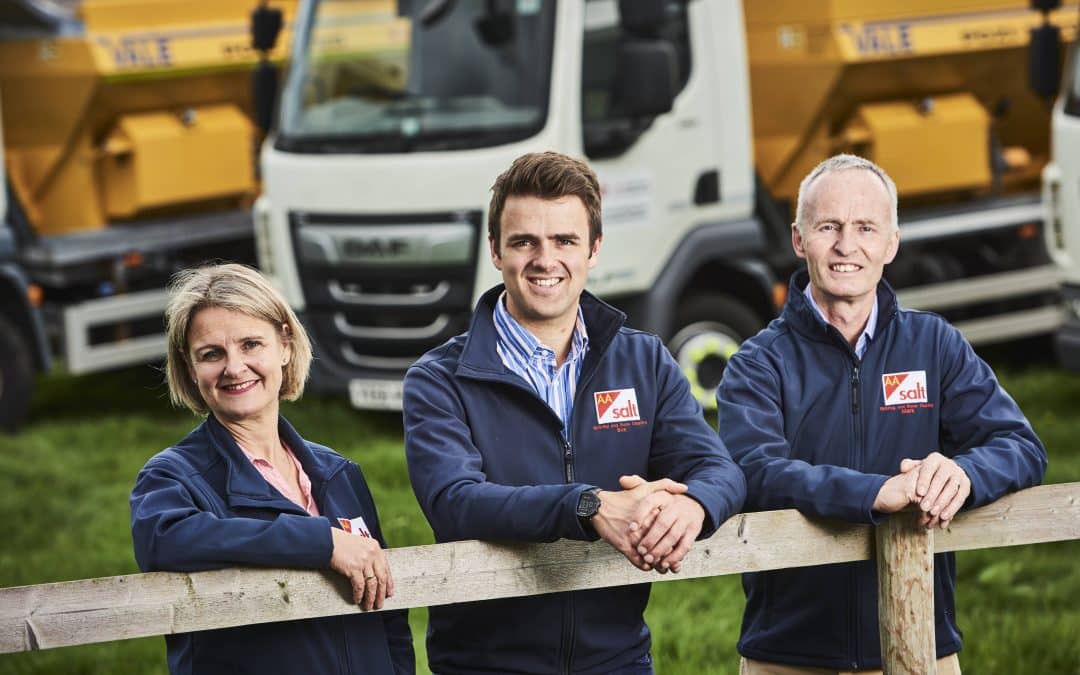 A Worcestershire gritting and snow clearance company has announced it aims to be carbon neutral by 2030.

AA Salt, which helps hundreds of businesses keep their premises safe in the winter months by gritting and snow ploughing car parks and access roads, has made a series of environmental pledges as part of its drive to protect the planet.

In the coming months the Himbleton-based firm will be installing a new wash bay which will see its 13-strong fleet of vehicles cleaned using around 50,000 litres of rain water gathered each year from the roof of their storage warehouse.

Additionally, the firm is researching the purchase of its first electric lorry next year with the aim of making its whole fleet battery-powered within the next 10 years.

The company will also be donating and planting over 50 trees to Pershore’s Bowbrook House School and Nunnery Wood Primary School in Worcester as it continues its drive to offset any carbon they use.

Ben Tanner, sales and operations director said: “Coming from a family of farmers, we have always been aware of the impact we have on the environment and think every business should become more accountable for the carbon they use.

“We have already made sizeable investments into our environmental approach but our 10-year target is about going one step further and really committing to helping the environment over the long-term. It is about small changes that can make a big difference, which includes our water harvesting plans with our wash bay.

“Electric vehicles are also the future and as long as we can buy electricity from a renewable supplier, and the automotive industry can keep up with demand, we want 100% of our fleet to be battery-powered.

“Ultimately, we really would really like to make our mark on the environment in a positive way and aiming to be truly carbon neutral is the right thing to do. It is a big commitment but we have already started the journey and will be kickstarting the programme rapidly in the next few years. I hope we can spur other companies on to do the same.”

Since the company was formed 18 years ago it has also used white marine salt for all of its work, which unlike traditional red grit and salt, is less-toxic.

The environmental news follows the family-firm’s announcement in September that it had relocated its storage and operations base to a second facility in Cowsden to help handle its growth in customers. The facility is already part-powered by solar panel technology.

Formed in 2002, the family firm, which is managed by Mr Tanner, his mother Nikki Rogers and her husband Mark, has gone on to employ 25 people and grown to over 400 customers.

Last year the company was awarded the Family Business of the Year award by the Herefordshire and Worcestershire Chamber of Commerce.

If this is the fist time you are logging on to the new Herefordshire & Worcestershire Chamber of Commerce website, you will need to set a new password. Click Here to set a new password
Your Feedback
Your Feedback
Questions? We're here to help you!
End chat
Connecting...
Thanks for using our brand new website. We would love to hear your thoughts and suggestions.
Our operators are busy. Please try again later
Have you got a question? Write to us!
This chat session has ended
Was this conversation useful? Vote this chat session. Good Bad