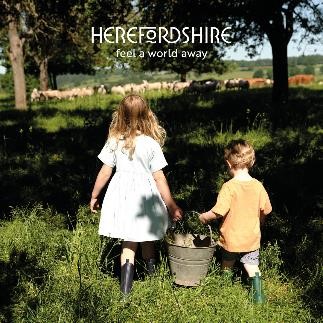 Businesses across Herefordshire* made their voices heard by voting in favour of setting up a Business Improvement District (BID) for the county in late 2021.

Ballot results released by the independent scrutineer, Civica Election Services, revealed that 83% of all those who voted are in favour of the BID. For the BID to be successful, a second trigger ‘majority by rateable value’ was also required and this was achieved with 89% of those who voted.

Following the vote the company is in the process of being formed for a five-year term, financed through the BID levy, the proceeds of which will be invested into the county’s promotion focusing on tourism and independent retail on projects agreed as part of the final BID Business Plan.  Over this first term it is expected that a levy of £2.85M will be generated.

Since the Government passed the Business Improvement Legislation back in 2004, there have been over 300 successful BIDs in the UK mainly focused on towns and cities, with a number of destination BIDs for coastal regions. This makes Herefordshire’s BID a landmark as the first destination BID to cover an entire inland county.

Herefordshire County BID Chair and Owner of Crumplebury and Green Cow Kitchens Joe Evans, who led the BID Task Group that lobbied in favour of Herefordshire taking this direction to fund its promotion, commented,

“Herefordshire has all the ingredients to make us an incredible destination, passionate, entrepreneurial and environmentally aware businesses offering first class experiences both in hospitality and retail. Yet until recently we have been very much under the radar profile wise,  largely due to a lack of funding and a cohesive organisation to manage this process.

The BID secures the funds and provides the structure which allows Herefordshire to truly have its  time, to take control of how we move forward to promote this special slice of England in the very best way possible protecting our precious natural environment whilst allowing business to thrive and develop. I would like to take this opportunity to thank all those businesses that took the time to vote in what has been an incredibly difficult time for everyone.

Now we are looking forward to forming a Board of Directors who represent both a good geographical and business sector spread and getting started with our business plan and bringing everyone on board with this exciting new venture for Herefordshire.”

“Born and bred in Herefordshire, as a farmer and also as a tourism provider, I’ve been involved in tourism for the last 15 years, latterly on the Task Group that introduced the BID and most recently heading up the Visitor Economy Group that was able to take advantage of extra funds made available for Covid recovery from several sources**.

“This really gives the BID team a head start to capitalise on the work which has been done over the last 18 months which has seen the relaunching of Herefordshire as a tourism destination with a new brand, website and marketing campaign from which hundreds of businesses have already benefited from. I am so delighted this work can now continue and build.

I have been involved from the BID feasibility stage back in 2019 when this all seemed like a far distant notion. Now it has become a reality it is really exciting what it can bring for tourism, retail and the county beyond.” Hilditch added.

The Herefordshire County BID company will be managed by the businesses benefiting from it, working alongside the Hereford BID to ensure integration of efforts.

“As an independent retailer I’m incredibly excited about the YES vote to the BID. This move will really give Herefordshire the chance to shine, especially showcasing our incredible food offering. The investment secured across the term of the BID enables us to plan ahead for some really impactful campaigns for us all to benefit from.”

Herefordshire Council supported this process from the start, securing funds for the feasibility study, through to the voting.

“Over the last 18 months we have worked with the Visitor Economy Group to try and reverse the years of neglect the tourism and retail sectors have had. The BID can take this brilliant work forward as a foundation to attract new people to our beautiful county promoting Herefordshire as a wonderful place to visit, live, work – and eat, drink and shop!  I encourage everyone involved in the visitor economy and retail sectors to get involved with the BID and help shape its direction and projects – it is your BID after all!”

More information on the Herefordshire Destination BID in addition to the business plan can be found at https://herefordshirecountybid.co.uk/